You are the owner of this article.
Edit Article Add New Article
You have permission to edit this article.
Edit
Home
News
Sports
Tiger Life
Blogs
Opinion
Gallery
Video Gallery
Weather
Calendar
Contact Us
1 of 2 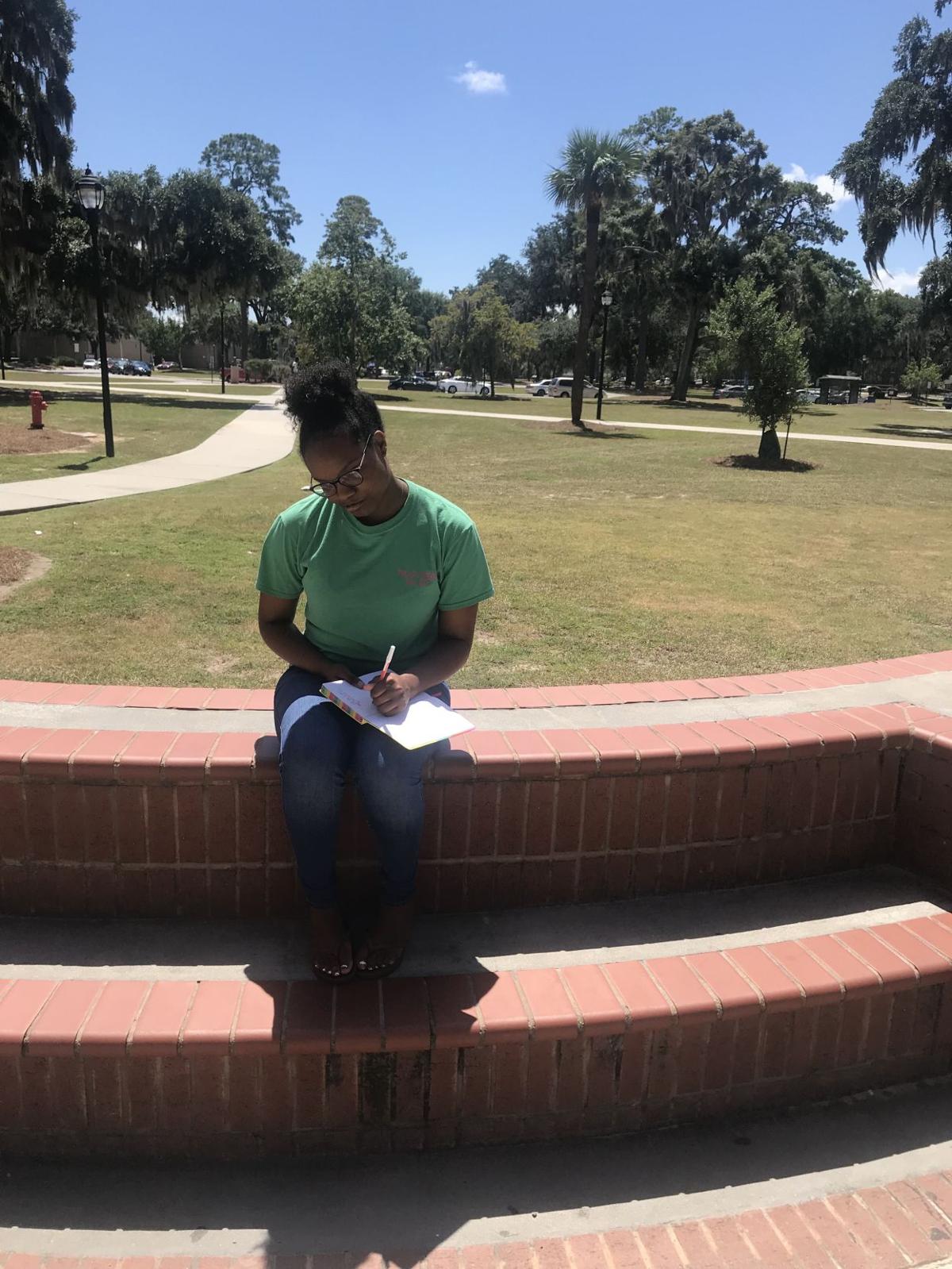 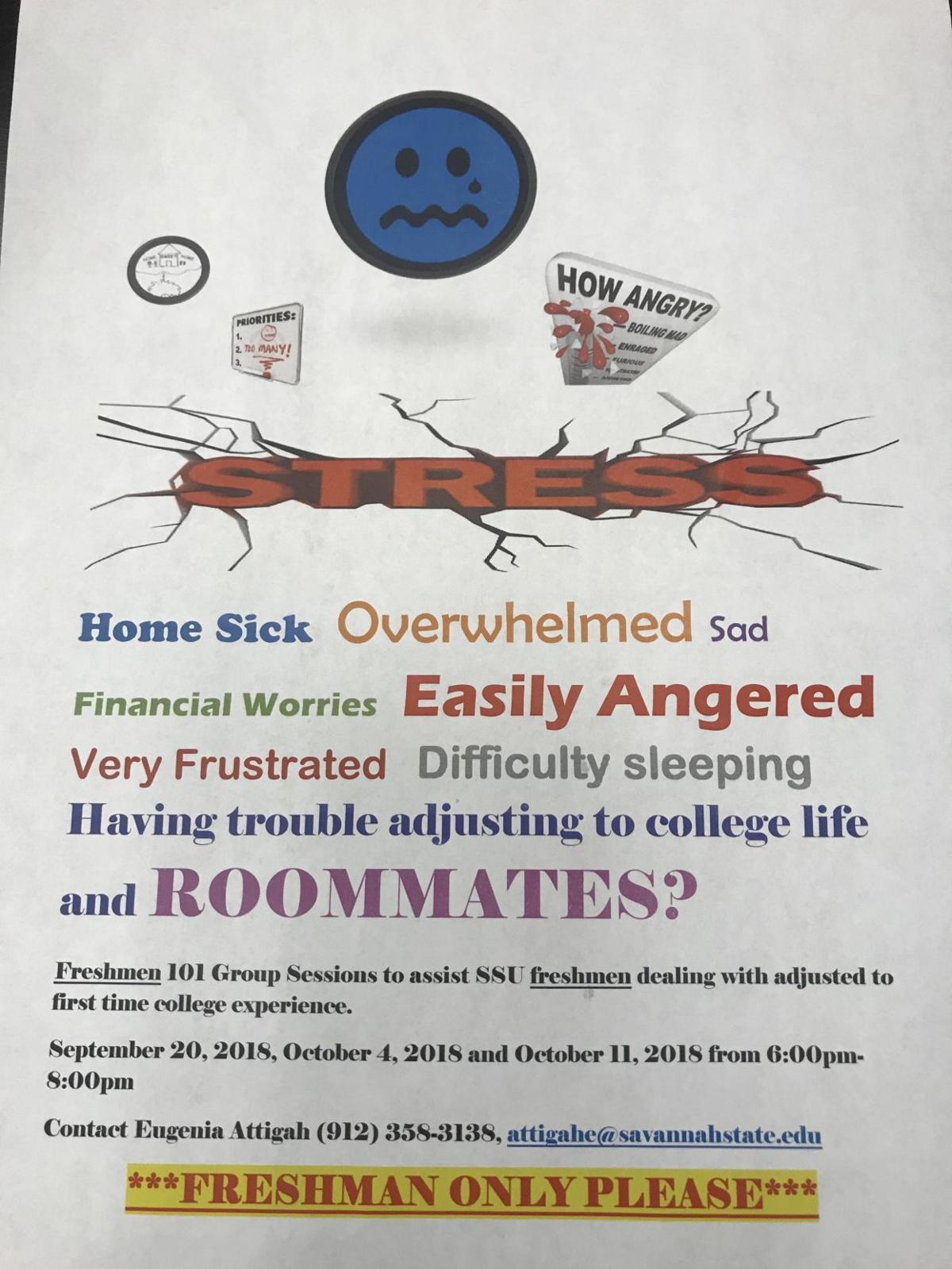 A flyer posted to promote the new student group for homesick freshmen.

A flyer posted to promote the new student group for homesick freshmen.

New school. New city. Re-entering the bottom of the food chain transferring from seniors in high-school to freshman in college can have anyone feeling overwhelmed and missing home.

Homesickness, according to Kids/Teen Health, means that a person “might miss familiar things such as family, friends, pets, their house, or neighborhood.”

This is exactly the case for Freshman Biology major, Tyra Stinson, who says she misses home, which is four hours away.

“The reason I’m homesick is because I miss my family, my nephew, the cooking, and my boyfriend. My sister just had a baby,” she said.

Stinson also said that she won’t have her car until January and that she cannot visit her family as much as she wants to.

According to the 2015 survey by the UCLA Higher Education Institute, 69 percent of first year college students report feeling homesick. “Data reveal that feeling lonely, homesick, and isolated from campus life are particularly common experiences for first-year students,” it said.

An NBC News reported, “A bad case of homesickness can worsen other adverse reactions experienced by students out on their own for the first time, like feeling overwhelmed or depressed, and in extreme cases, it can even contribute to a decision to abandon the pursuit of a higher education, experts say.”

Second-semester Social Work major, Donisha Dixon says she has been homesick since she has been enrolled in Savannah State University. Her hometown is in Atlanta, Georgia.

“I’m four hours away from home and people wouldn’t consider that as ‘too far away from home’ but to me, it’s far because I’m away from my friends and family, especially my church home, which is where most of my support comes from,” she said.

Dixon said, “I have some level of covering, but I don’t have it every Sunday of every weekend, so it was a big toll on me.”

She also said that she handled her homesickness by calling her best friend who told her to keep her head up and whenever she was able to receive money, she would take the Greyhound bus home.

Currently, Dixon has a car where she can use to go home as she pleases.

Director of Retention and Access to Success, Danita Townsend says she has been mentoring at the University for several years. Townsend said she has had more contact with students that are homesick when she was working in athletics than she does now as an Academic Advisor.

Townsend said that she [alongside her team] try to get students involved in things on campus and that the biggest aid that they notice to help retain students is encouraging students to immerse themselves in various organizations.

“When they feel involved, invested, and part of the community, they are less likely to leave. I give every student the advice that you should be in three types of clubs: professional, academic, and then one just for fun,” she said.

Junior Logistics major, Brandon Bowdry, said that he did miss home when he was a freshman, however has different feelings now.

“As a freshman, I had never been away from home for a long period of time, so the beginning of the year [Welcome Week], nothing was really going on and it was boring. Now, I don’t really like going home,” he said.

Director of Counseling Services at SSU, Dr. Shawntell Phoenix-Martin, and Counseling Professional, Eugenia Lartey-Attigah said that they find more first-year freshman who suffer from homesickness, however it occurs within other classifications but through a different dynamic.

According to Dr. Martin, freshmen suffer from homesickness because it’s their first time away from home in a different setting, but as it relates to upperclassmen [especially juniors and seniors], its generally because they are bored/tired and ready to move onto the next chapter and graduate from SSU.

“We try to help the students understand that being here [at SSU] is just another level of life. We encourage to them to maintain contact back home, develop

support systems [such as friends or professionals that a student can bond with] and find a mentoring program here on campus,” Dr. Martin said.

Additionally, Attigah said “once you get connected it’s no longer a strange place. We are here for them as a support system as well.”

At the same time, Attigah recently started a support group called “Freshmen 101” for freshman who are struggling with homesickness, financial worries, stress, or just need an atmosphere where can be around other freshmen who are going through the same situations.

“Freshmen 101” are geared to also help freshmen who are dealing with adjusting to first-time college experiences.