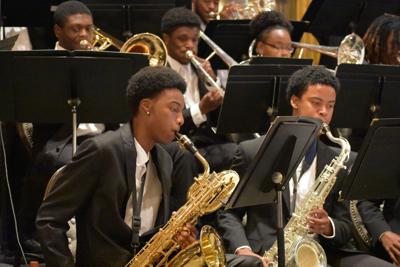 SSU’s Jazz Ensemble performed for the first time in history at the Mansion on Forsyth for Savannah Jazz Festival hosted by the Coastal Jazz Association and the City of Savannah.

The Ensemble played several jazz standard songs, including It Don’t Mean A Thing (If It Ain’t Got That Swing). Director of Bands Marques Graham is the current director of the ensemble which was formed two years ago as an 18-piece unit.

SSU is well known for its marching band, but since the performance at the Jazz Festival, Savannah will be watching the development of the jazz band.

"Jazz is the big brother of Revolution. Revolution follows it around." - Miles Davis