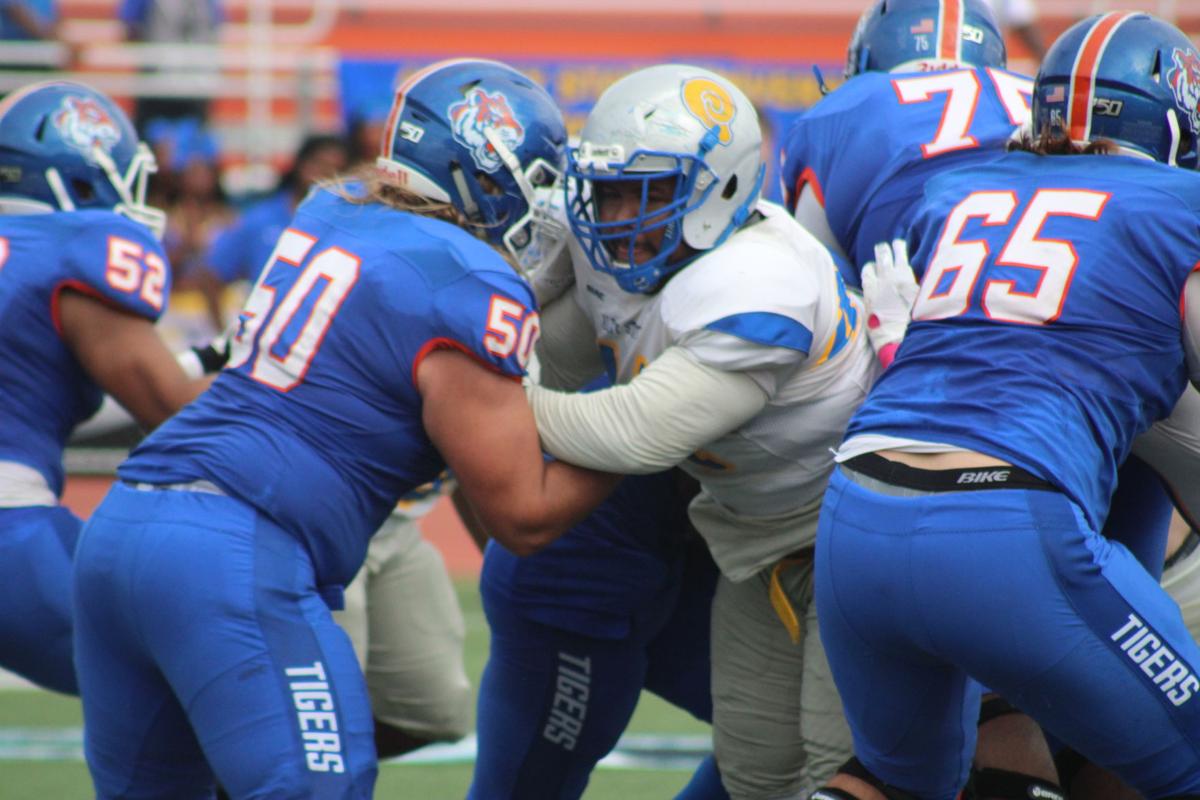 Battling in the trenches. 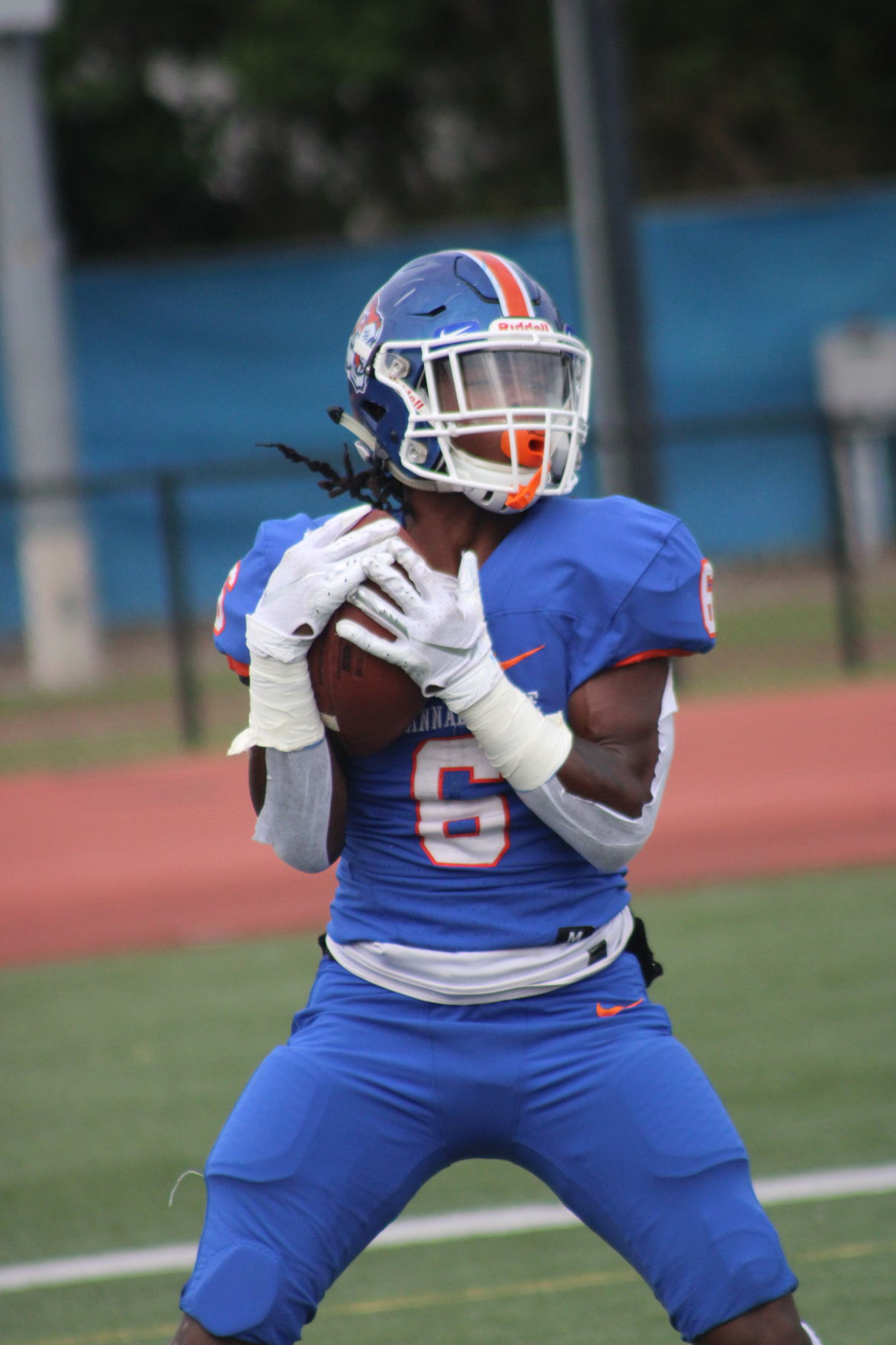 Battling in the trenches.

On a day filled with much excitement and joy, T.A. Wright Stadium was almost filled to capacity on Saturday afternoon when the Savannah State University football team hosted Albany State University.

As the highly anticipated Homecoming game went underway, the Tigers performed well for much of the first quarter, but their efforts were halted as the second quarter almost ended with a touchdown reception from the visiting Rams.

SSU running back D’angelo Durham scored for the Tigers with a blistering run for 18 yards to secure a touchdown before the second quarter ended.

During the second half of the game, the Savannah State defense made several excellent plays that either restricted the visiting team's advancement of downs, or further placed them away from securing any yardage at all. Durham made several subsequent running plays that gained great yardage for the Tigers. Durham’s elusiveness even kept some plays, that looked as if they were not going to amass to anything, alive.

A combination of stellar defense and contribution by the offensive players, the game concluded 19-35 in favor of the Savannah State Tigers.

At the conclusion of the game, Durham was asked if his defense added as any extra motivation for himself.

“It’s our (offensive players') job to keep the defense off the field as much as possible, and I am happy we did that today," he said.

The Homecoming festivities added to Durham's motivations, he said.

“I was able to perform in front of my family and friends, and the alumni present today," he said. "The atmosphere was good."

The Tigers look to keep their record up as they take Fort Valley State University on Saturday, Nov. 2, at T.A. Wright Stadium. Saturday's game will be the final home game of the season for the Tigers.